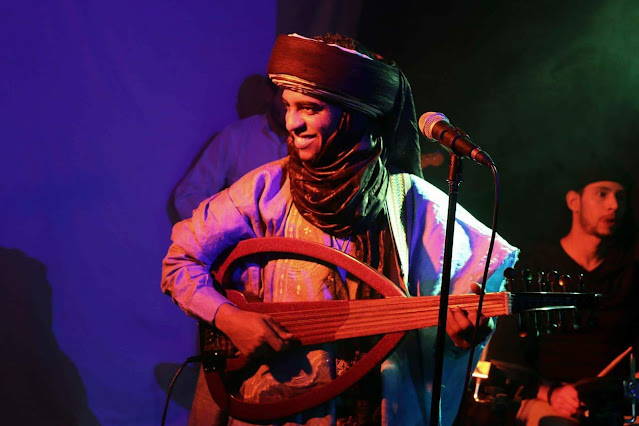 Libya’s diversity is not seen in culture alone, but also in the immense richness of its music. The many peoples and cultures which have shaped Libya’s history can be seen in music. Among them is the Tuareg community, whose love for the desert seems limitless, especially to those who have never set foot there. The unique sounds and rhythms heard in their music are in part due to the elegant simplicity of the traditional instruments they use.

Emran Tiniri is one of Libya’s oldest Tuareg music groups. The group’s name is Tuareg for “Lovers of the Desert.” Emran Tiniri was founded in 1983 in the small town of Alawenat, known as Serdeles in Tuareg, in the far south of Libya by many leading artists such as Ali Bennaji and Abduljalil Zayyan. The group would come to consist of a total of 13 members from cities across Libya. After a break, the band resumed their activities in late 2002, with Ibrahem Mansour Alfillali as its lead singer. Alfillali, who joined the band in the end of 1999 when he was only 15 years old, has been crucial to the band’s revival – his passion for Tuareg music was passed down to him by his father who was also a performer.

In total, Emran Tiniri has released six albums, the first by Binnaji, then two by Zayyan while Alfillali produced the last three. Emuhagh community uses traditional instruments such as the imzad, a single-stringed instrument made of leather and thin layers of wood usually played by women. The instrument bears similarities to the rebab, which is played elsewhere in North Africa and the Middle East. Ouds and guitars are the only modern instruments used by Emran Tiniri.

The band has performed at numerous international festivals, including Palmyra festival in the late 1998, Nice in 2004, the Amni Festival in Algeria, and at the Spanish Cultural Centre in 2009. These performances have been in addition to featuring at many festivals in Mali and Chad, as well as in Ghadames and Ghat in Libya. The band has also frequently performed in Tunisia over the past decade, as Alfillali says that Tunisians have a particular enthusiasm for keeping the cultural diversity of the region alive. They have participated in the International Ksour Festival of Tataouine, International Tuzur Festival and multiple Amazigh New Year celebrations, and Jerba’s Land of Peace Festival.

Emran Tiniri has tried to inspire the same enthusiasm in Libya and have established a handful of smaller events in the south of the country. Alfillali says that it is more difficult to draw interest in Tripoli, where the group has performed only once. Despite musicians from the south struggling to draw crowds in the capital, Emran Tiniri were invited to the studios of Khayal Productions in Tripoli to participate in a filmed session and explore their work – a gesture that Alfillali especially appreciated.

Despite this, Tuareg music groups from Libya - mainly the southwest of the country around the city of Ghat - have perhaps not enjoyed the success of their fellow musicians from neighbouring countries. Groups like Tinariwen from Algeria, the guitar maestro Bombino from Niger, and the all-female group Les Filles de Illighadad, also from Niger, have gained international acclaim.

Before 2011, they did not have many opportunities to perform. Band members were under pressure despite being officially registered with all the necessary documentation. Discrimination was persistent; even travelling around the country proved difficult. It was also not possible for the band members to use the Tuareg language, so their band was referred to by its Arabic name. The language used by the Tuareg in Libya is called Tam-Ha-Ghet in which they use Tifinagh letters the same as the ones used in the Amazigh language and it is important to mention the difference from Tebu culture and language. Nothing is similar between these two.

Since 2011 participation in cultural events has become easier despite the deterioration of the political situation in Libya. And they now use their language freely, allowing them to expand on both a regional and an international scale.

Gender is also an important aspect of Emran Tiniri’s work. The group has collaborated with a singer known as Zahra al-Junub, Arabic for “Rose of the Desert”, whose true identity is hidden to avoid any unwanted consequences. Alfillali says that many women with beautiful voices are being prevented from singing due to social restrictions. However, he recently met with women from Algeria and Mali who expressed an interest in collaborating.

The band is also enthusiastic about collaborating with musicians both inside and outside Libya. Emran Tiniri recently worked with Fathi al-Maryami, a teacher and specialized in Arabic music studies and was one of Hasan Arebi’s students. The groups also performed with a Tripoli-based musician from Pakistan who participated in the Ghadames festival in October 2010. They translated each other’s lyrics, performed songs in each other’s languages and sang together – a truly international exchange.

When it comes to the group’s future, Alfillali is uncertain: “We don’t know what the future holds for the band, but we’ll keep working and see what it brings.” Despite this, Alfillali is ambitious. He plans to tour the desert this winter and hopes to shoot a music video there. He dreams of one day performing to crowds of over 30,000 – but he admits there is some way to go. He also hopes to bring Tuareg art, culture and music the level of recognition he feels it deserves, making it seen and heard worldwide: “Our art has not yet reached the level we want.”

Alhan Libiyya is a project which celebrates the music of Libya, past and present, and the rich diversity of music-making styles from across the country - to be enjoyed primarily by Libyans themselves. The project brings together aspiring Libyan musicians from different backgrounds to foster their creativity and produce a shared vision of Libyan music, in the form of videos, podcasts, and a unique compilation album. 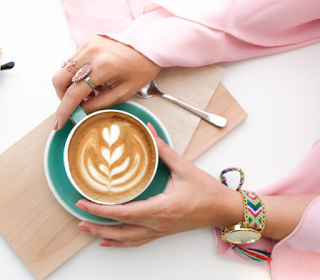 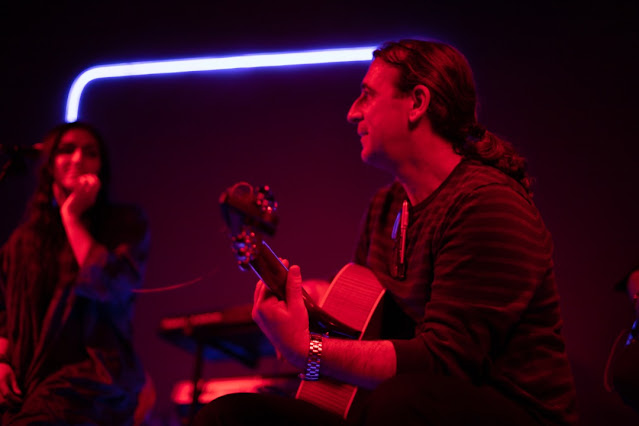 Malak Altaeb
My name is Malak Altaeb. I am an environmental policy master's graduate from Sciences Po University in France. Welcome to my blog, I write about the history of Libya, I am in love with Tripoli, stories from my childhood, women, books, memories and many other topics.